This article explains the rationale behind the creation of TurtleQueue. Jump to Turtlequeue if you are already familiar with message queues such as RabbitMQ or Apache Pulsar.

In the information age, we are witnessing an explosion in the number of programs everywhere. Small apps, big software powering entire industries. Even for small applications, it is now extremely common to be broken up into several parts working together. Therefore these little subprograms need to exchange data, messages, commands, and updates between them. How they communicate is, therefore, an important architectural decision.

One early solution, still very much in use today is to use HTTP. This is an easy approach, however, it has some drawbacks. Consider for example the following scenarios:

Another solution is to use message queues. They solve all of the above problems by placing themselves between the participants in the discussion. Consider the above scenarios, but this time a message queue is used for communications:

From an architectural point of view Message queues decouple the what from the when, and reduce the knowledge needed for an application to work. This gives us increased reliability and observability.

Both approaches are very popular, perhaps HTTP even more so than message queues. As a software developer, I have encountered time and time again situations where HTTP requests are used where message queues would be a better choice.

Why? It is my opinion that the slightly higher initial cost makes them less appealing to the impatient developer. And the message queues providing the most benefits (such as keeping a history of messages), are also harder to set up. TurtleQueue aims to lower the barrier to entry for message queues, and therefore make the technically superior solution also the easiest to get started with.

There many differences between message queue systems. They are not covered here1.

But recently message queues have had one major evolution, that was popularized by Apache Kafka: the Log 3. By internally representing the messages as an append-only log, Kafka pioneered a way to store messages efficiently, reliably and did open up new possibilities for application developers. 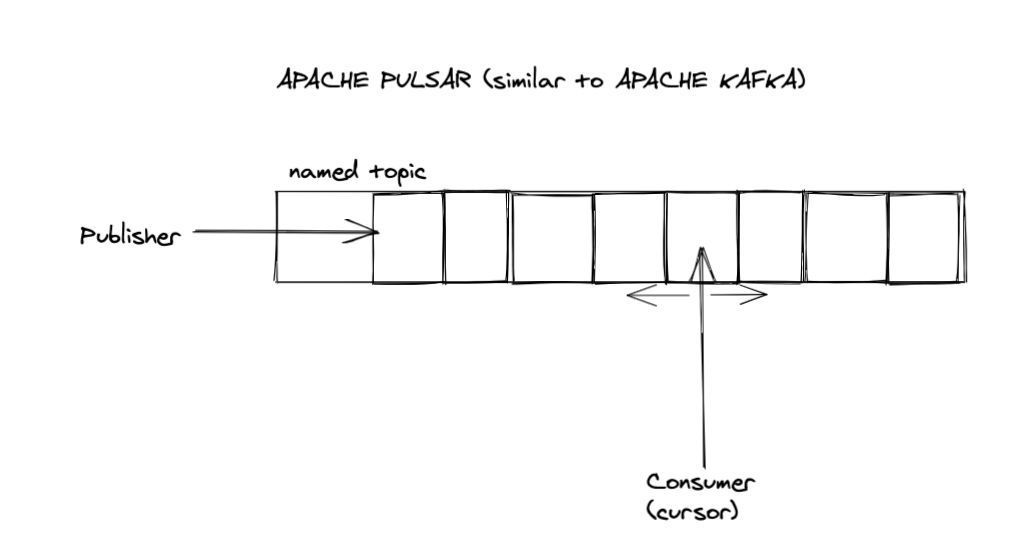 Apache Pulsar (upon which TurtleQueue is built) builds on top of the same foundation and improves on it. It exposes a cursor that advances to consume the next message. The cursor's position can be changed to something else, like the beginning of the queue.

New architectures have emerged and are still being improved upon that benefit from these developments, like the lambda architecture.

Unfortunately, they are sometimes ignored by programmers under tight time constraints, and such important architectural decisions can have long-lasting consequences.

TurtleQueue aims to make it really easy and cheap to use message queues. With TurtleQueue, a programmer can send and receive messages in no more time than it takes to set up a web server.

TurtleQueue is built on top of Apache Pulsar:

TurtleQueue adds the benefits of a SaaS service:

The main goals of TurtleQueue are (a) ease of use and (b) being cheap. How do I go about it?

Hosting small setups is costly. By having a shared cluster I can lower the costs enough to provide a free "try me" service at little to no cost to me. And nobody will suffer from the "noisy neighbour" as Pulsar is designed to be multi-tenant and can enforce limits per tenant.

Give it a try! It is free and non-binding: https://turtlequeue.com/docs/